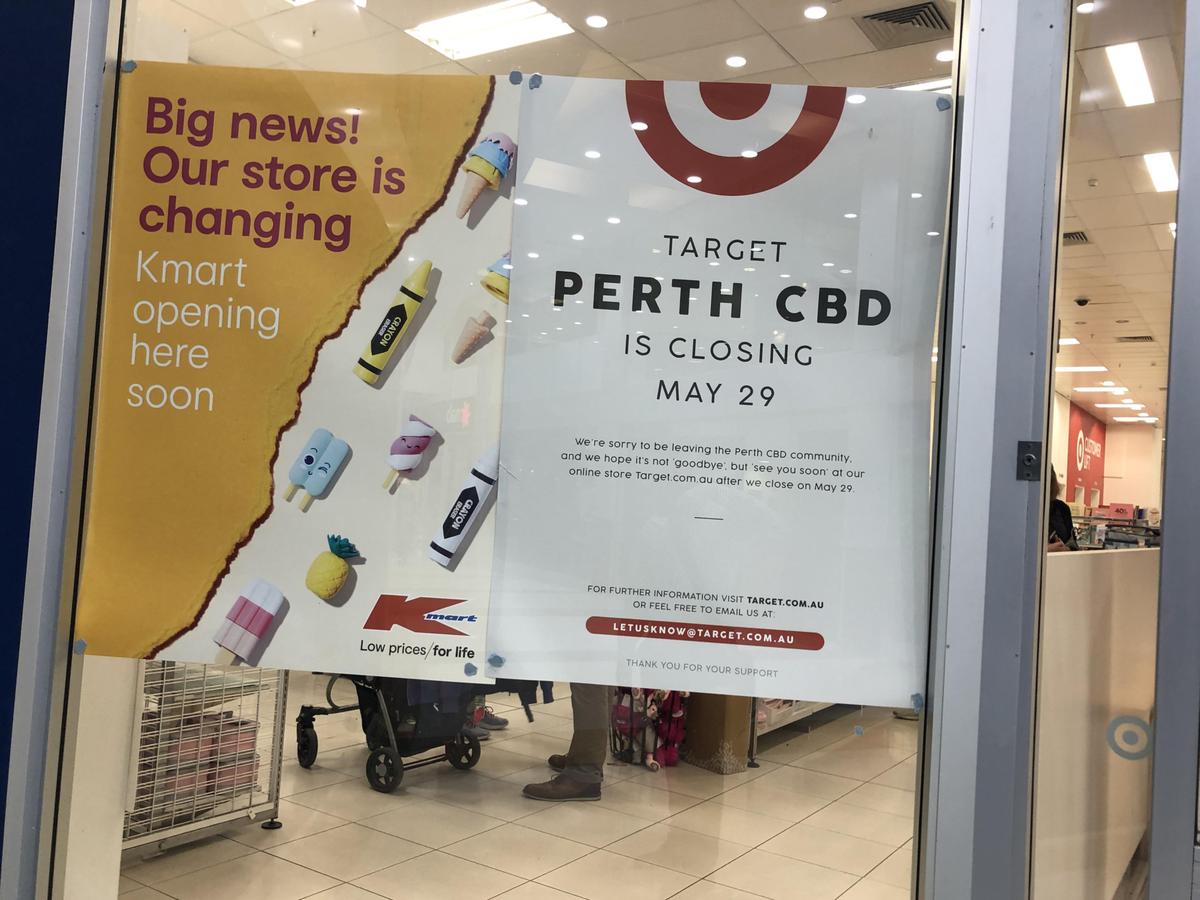 “We are committed to providing every opportunity for redeployment for our team members who will be affected by these changes.”

Images taken at the Target store on Friday show it almost completely empty.

Signs plastered on the window of the entrance at Target in Perth’s CBD indicate the store is closing on May 29.

The CBD location is among more than 100 Target stores across Australia which are either being axed or rebranded as Kmart in a major revamp of the struggling chain.

Wesfarmers announced the mass store closures and rebranding last year, but said staff working in Target stores being converted would instead be employed by Kmart.

“We’re sorry to be leaving the Perth CBD community, and we hope it’s not ‘goodbye’, but ‘see you soon’ at our online store after we close on May 29.”

But in fantastic news for Kmart fans, the outlet has announced it will be taking over the space.

“We understand these closures will affect a lot of people in the Target community and we appreciate your patience and understanding during these challenging times,” Target previously said in a statement.

Workers in the stores facing closure could also be given jobs in its other businesses, such as Bunnings Warehouse and Officeworks.

In 2020, department store Target announced a massive restructure that would see many of its stores close their doors or convert into Kmart.

It came after parent company Wesfarmers deemed the current business model “unsustainable” in May last year.

“For some time now, the retail sector has seen significant structural change and disruption, and we expect this trend to continue,” Wesfarmers managing director Rob Scott said in a statement at the time.

“With the exception of Target, Wesfarmers’ retail businesses are well-positioned to respond to the changes in consumer behaviour and competition associated with this disruption.”