These high-grade, golden 1000mg-strength tinctures are made from craft organic hemp and grown from hand-picked seed. The crude hemp oil is extracted and distilled, to isolate the cannabinoids, and the terpenes, which are re-combined to create a pure distillate. These are our first unique formulas created in collaboration with Vona, a group of people united in their passion to explore the relationship between body and plant in order to provide unique artisanal products.

EXHALE a botanical, mushroom and CBD anti-anxiety tincture is now available in the USA..

In Icelandic, Von loosely means “to hope.” As the world spins ever faster, our collective hope is for a better life: healthier, less stressful, more benevolent and inspiring, for others and ourselves. Vona has been created specifically to address those aims. Vona is a new collective of artists, researchers, farmers, formulators and experts in the field of CBD and novel cannabidiol, the chemical compound of the hemp plant (cannabis sativa) that won’t get you high but has been proven to have healing properties.

“We went into this with a single intent, create the best anti-anxiety product and make it accessible to as many people as possible. Anxiety affects people globally, from all walks of life including me. So it just made sense for us to focus our efforts around creating a non-habit forming, natural remedy for anxiety.” 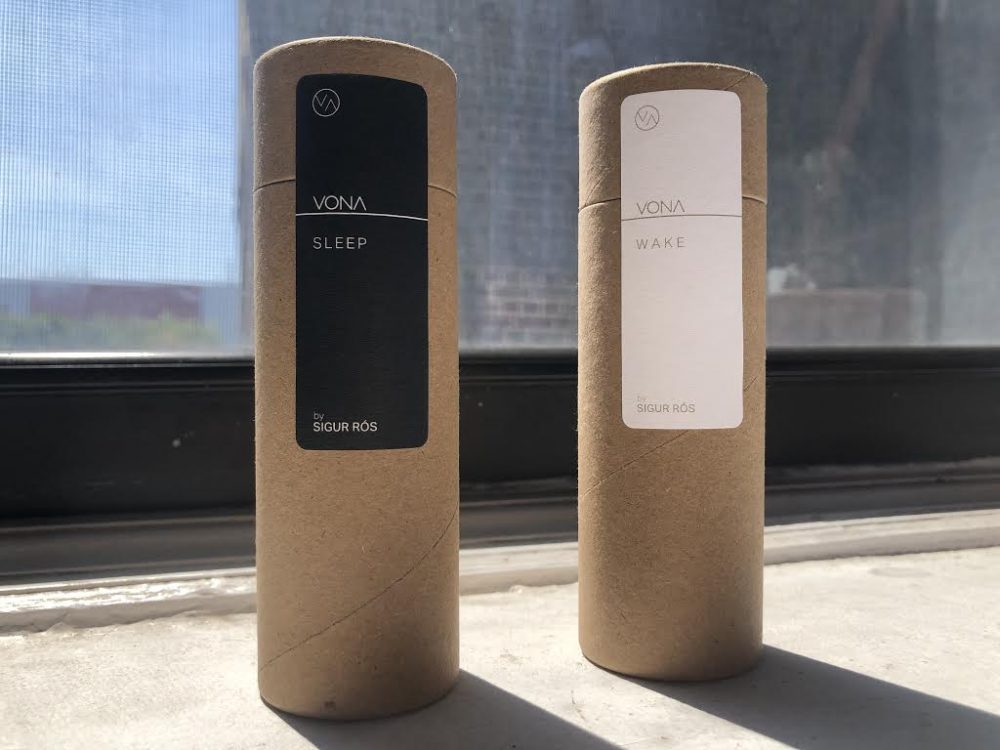 It was extremely insane. But let’s see how the CBD is.

It is nice, though, to have another step in the sleep routine. Oops, have to take my sleep oil! It’s good to give yourself little tasks, especially now. It’s also nice to have a small bit of hope that something might make anything even slightly better. This is, of course, why scams work. Unfortunately probably nothing will ever make anything better. This is, of course, life.

It of course makes sense that Sigur Rós would release a line of CBD tinctures. Their music, both in its post-punk and ambient forms, is the aural equivalent of CBD — or, more specifically, the aural equivalent of claims related to the anxiety reducing effects of CBD. (Though there are many CBD products claiming to do essentially anything you might want a product to do — ease your sore muscles, cure your cancer, make your hair shiny — only one has so far been approved by the FDA: a prescription drug used to treat two severe forms of epilepsy.) Yes, it is as natural a product and band pairing as, ah, if, um … Spoon sold spoons, or Ice Cube sold ice cubes, or Cake sold vibraslaps.

In future prestige dramas about the years surrounding this one, set designers will scatter evidence of CBD around apartment spaces as an easter egg for eagled-eyed viewers. “Did you notice how all of the products in the apartment said ‘CBD’ on them?” one such viewer will ask a friend. “It stands for cannabidiol, a chemical compound derived from hemp that, during that time period, everyone was eating and putting on their bodies and feeding to their dogs.” “Oh,” the friend will say. “No one knew why they were ingesting the CBD or putting it onto their skin or in their dogs, they just did it.” “Cool.” “They maybe thought it would enhance something.” “Okay.” “Or dehance it, so to speak, if that was the desired effect.” “Huh.” “Sigur Rós even made CBD products at one point.” “The Icelandic band Earth Grandma liked?” “Yeah.” “Huh.”

But does it work?

Wake is also delicious, as far as CBD oils go. The flavor is “fresh citrus pine,” and it tastes like orange blossom. Again, it’s nice to pretend you’re in Alice In Wonderland and you have to take your little wake-up medicine to aliven yourself to the day. (Not that this is something that happened in Alice In Wonderland.) Cross it off of your to-do list. Ah yes, I’ve taken my dropper. But I was not able to record any noticeable effects. Sometimes I would feel energized and optimistic. Sometimes I would instead feel reality. The tincture did not seem to reliably alter my body or outlook.

Most of the tinctures taste like weed and dirt, or something like weed and dirt and mint. This one tastes a little like that, but mostly like rose and lemon, which is its stated flavor. A nice flavor for sleep. But, unlike the EXTRA STRENGTH brand of which I accidentally ingested a ridiculous amount, “Sleep” does not reliably make me particularly sleepy. I took each of the tinctures regularly for about two weeks, and the results of Sleep were mixed. Sometimes I felt sleepy; other times I felt restless. 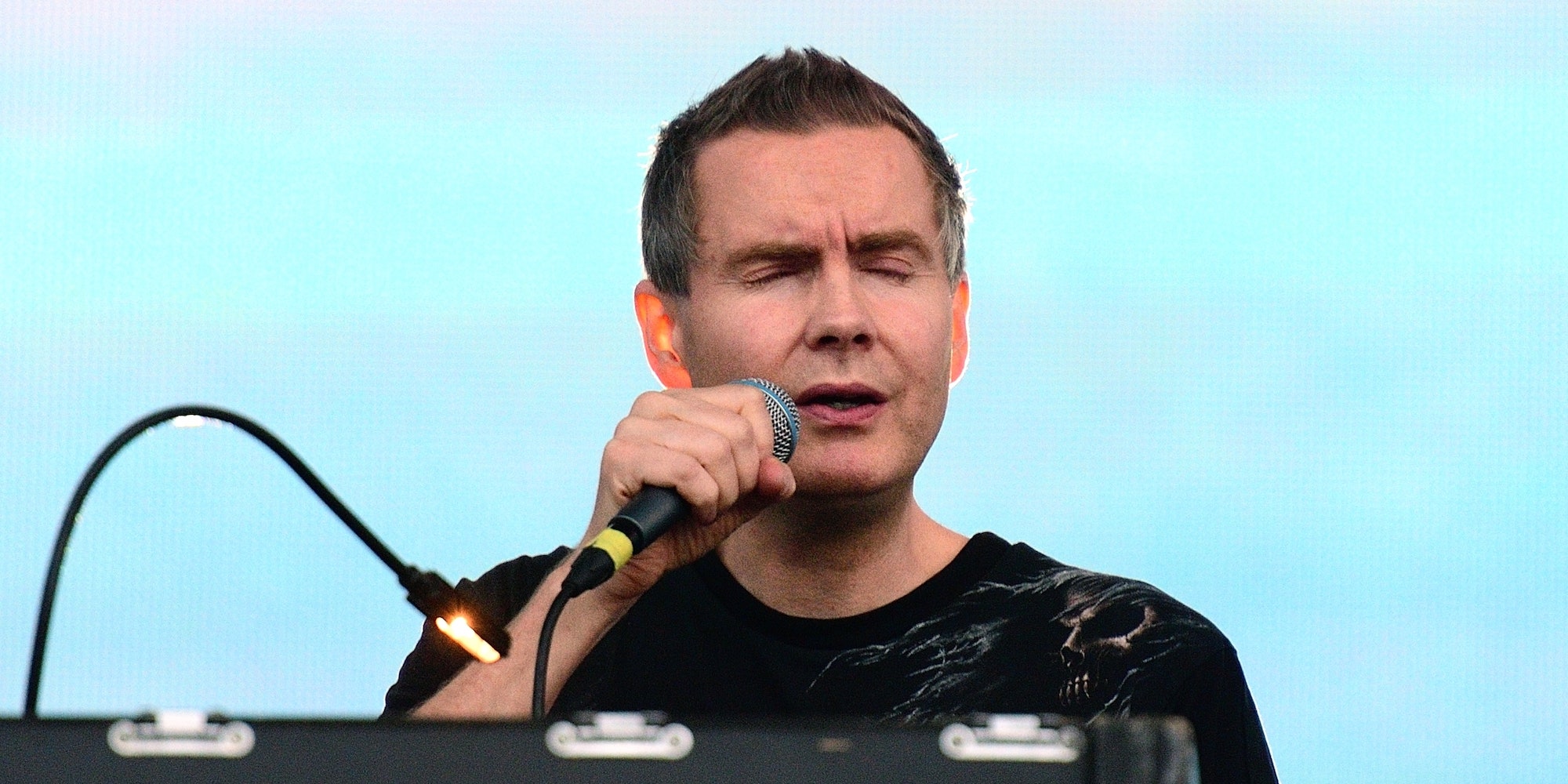 VONA is a collective of artists, farmers, researchers, and formulators, who are experts in the CBD field. Of Jónsi’s involvement with the brand, VONA’s research and development member Wilfred Hirst said in a press release:

Sigur Rós has teamed up with the VONA collective to create a new line of CBD tinctures. The cannabis-based products are made from high-grade, organic hemp, which VONA grows from handpicked seed. The tinctures are 1000mg-strength, and come in two types: SLEEP, which assists with rest and dream cycles, and WAKE, which boosts attentiveness and energy.

“It’s like with music, a scent can move you and you don’t exactly know why, because it’s invisible,” Sigur Rós’ Jónsi said in a press release. “It’s like pure alchemy. It’s an open platform for experimentation and discovery, and the more you mix together, the better results you’ll probably get.”

Jónsi genuinely loves learning, experimenting, and creating. Each brainstorming session, he wants to learn the deeper how and why.

Jónsi recently announced Shiver, his first solo album in a decade. It arrives October 2 via Krunk and includes guest spots by Robyn and Cocteau Twins’ Liz Fraser, with production by A. G. Cook and Jónsi. The new LP features previously-released singles “Exhale” and “Swill.”