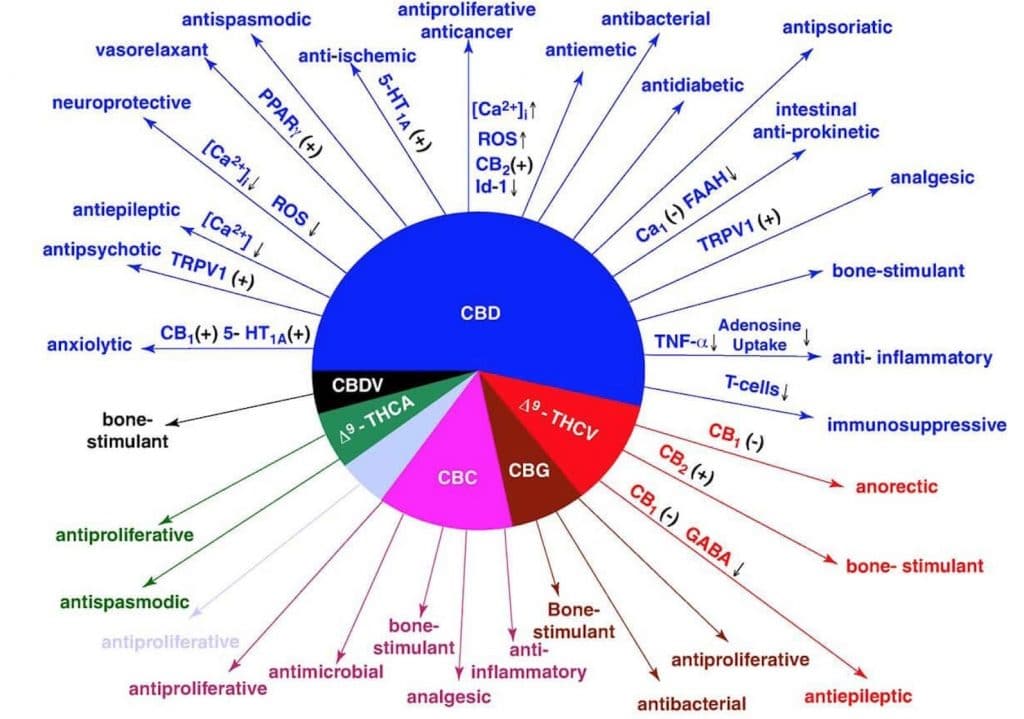 2-AG and anandamide are similar in that they are released from the postsynaptic neuron that is receiving the neurotransmitter back across the synapse to interact with the presynaptic neuron sending it.

However, the endocannabinoid system can only regulate these areas when working properly. When this system fails, we see an increase in disease and disorders, like migraines, fibromyalgia, and IBS. Thanks to advances in medical science, we’ve discovered that when the body fails to produce enough of its own endocannabinoids, we may be able to supplement with plant cannabinoids.

The question many people always ask is “how does CBD work in the human body?” We all know it posses many magnificent traits ranging from relieving anxiety to pain and even having anti-cancer properties.

Researchers have determined that the Endocannabinoid System works to regulate processes like:

What is the Endocannabinoid System?

It was discovered in 1992 by scientists researching the effects of THC on the brain in the research laboratory of Raphael Mechoulam. Mechoulam is a pioneer in the research of cannabis plant families, including hemp, where you find high concentrations of CBD.