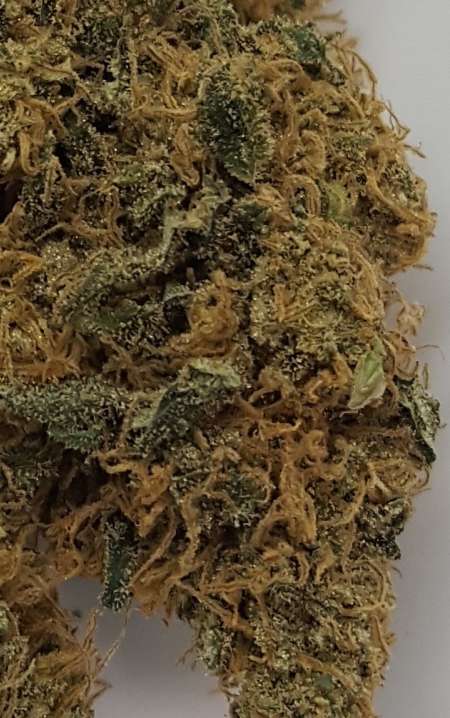 Cannabinoid and terpenoid information provided by the grower.

The flavor of this strain is known as “spicy and sweet” – the lemon and pine scents coming through in the flavor, leaving an earthy and almost peppery aftertaste. Most prominently people tend to notice the lemony notes in this strain.

This is a strain this will be favored among medicinal consumers as it is a CBD-dominant hybrid that still offers a high enough THC level to give you a small taste of those cerebral effects. For patients who are looking to get the relief to stress, anxiety and pain with a clear-headed buzz then Fire Angel would be a perfect option.

This strain may not be the most known for its appearance – referred to as an average mossy green with coppery colored hairs and a thin layer of powdery trichomes. It is known for having a citrus – specifically lemon – and piney aroma. Fire Angel is also known to be almost skunky in the way you would expect of your average mid-shelf unnamed dispensary product.

While this strain may sound average so far, the effects is where this strain really shines – it is a high CBD strain with an average 11.5 percent CBD and only about 5.6 percent THC. Since this strain is higher in CBD it does not have the intense psychoactive effects that most medical cannabis strains have, leaving you clearer headed than you would be otherwise. It provides an almost immediate sense of calm and relaxation with just enough of a heady buzz for you to feel euphoric and at ease.