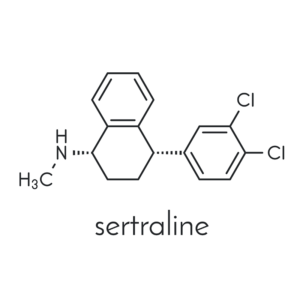 One of sertraline’s significant side effects is an increased risk of suicide in people under 25 years. This age group requires constant monitoring.

Two drugs, Epidiolex and Sativex, contain CBD and have received approval for use.

Under the advice of your medical practitioner, you may take both medications, but if you experience any abnormal symptoms, immediately stop CBD and contact your doctor.

CBD, or cannabidiol, is a compound extracted from cannabis, usually hemp, to comply with federal law. It’s the second most common cannabinoid in cannabis, making up almost 40% of it.

Sertraline (Zoloft) is an SSRI and inhibits the reuptake of serotonin in the brain.

Important Points To Consider About CBD

Sertraline hydrochloride was invented and marketed by Pfizer with the brand name Zoloft. It was approved for use by the FDA in 1999.

CBD and CBD products are largely unregulated and are not FDA-approved. Unfortunately, this leaves a large gap, and the quality and safety of these products are often called into question. There are many good companies, but you have to watch out for the bad ones. To illustrate the potential clinical impact of concurrent SSRI and cannabinoid use, we present the following.

FAERS analysis of side effects in patients on antidepressants. The heatmap shows differential rates of side effects in patients on CYP2C19-metabolized medications (sertraline, es/citalopram), cannabinoids (CBD and THC) and the patients taking both as reported to FAERS. Rates of 23 side effects that are on the sertraline or es/citalopram label at >5% frequency were compared across three patient groups. Side effects with higher frequencies in the combination compared to the baseline (CYP2C19 medications without cannabinoids) and passing the FDR correction are highlighted using asterisks (* p < 0.05, *** p < 0.005). Frequencies of the side effects in the FAERS data are color coded as gray (0%), blue (5%), and red (10% or greater). Number of patients in each group: CYP2C19 (427,932), CBD (7008), CBD + CYP2C19 (421). Groups were mutually exclusive. Bejamini, Hochberg, and Yekutieli test used for FDR correction, significance threshold 0.05. FDR: false discovery rate.