Background: Accumulating evidence suggests that the non-intoxicating cannabinoid compound cannabidiol (CBD) may have antipsychotic and anxiolytic properties, and thus may be a promising new agent in the treatment of psychotic and anxiety disorders. However, the neurobiological substrates underlying the potential therapeutic effects of CBD are still unclear. The aim of this systematic review is to provide a detailed and up-to-date systematic literature overview of neuroimaging studies that investigated the acute impact of CBD on human brain function. Methods: Papers published until May 2020 were included from PubMed following a comprehensive search strategy and pre-determined set of criteria for article selection. We included studies that examined the effects of CBD on brain function of healthy volunteers and individuals diagnosed with a psychiatric disorder, comprising both the effects of CBD alone as well as in direct comparison to those induced by ∆9-tetrahydrocannabinol (THC), the main psychoactive component of Cannabis. Results: One-ninety four studies were identified, of which 17 met inclusion criteria. All studies investigated the acute effects of CBD on brain function during resting state or in the context of cognitive tasks. In healthy volunteers, acute CBD enhanced fronto-striatal resting state connectivity, both compared to placebo and THC. Furthermore, CBD modulated brain activity and had opposite effects when compared to THC following task-specific patterns during various cognitive paradigms, such as emotional processing (fronto-temporal), verbal memory (fronto-striatal), response inhibition (fronto-limbic-striatal), and auditory/visual processing (temporo-occipital). In individuals at clinical high risk for psychosis and patients with established psychosis, acute CBD showed intermediate brain activity compared to placebo and healthy controls during cognitive task performance. CBD modulated resting limbic activity in subjects with anxiety and metabolite levels in patients with autism spectrum disorders. Conclusion: Neuroimaging studies have shown that acute CBD induces significant alterations in brain activity and connectivity patterns during resting state and performance of cognitive tasks in both healthy volunteers and patients with a psychiatric disorder. This included modulation of functional networks relevant for psychiatric disorders, possibly reflecting CBD’s therapeutic effects. Future studies should consider replication of findings and enlarge the inclusion of psychiatric patients, combining longer-term CBD treatment with neuroimaging assessments.

The authors declare that the research was conducted in the absence of any commercial or financial relationships that could be construed as a potential conflict of interest. 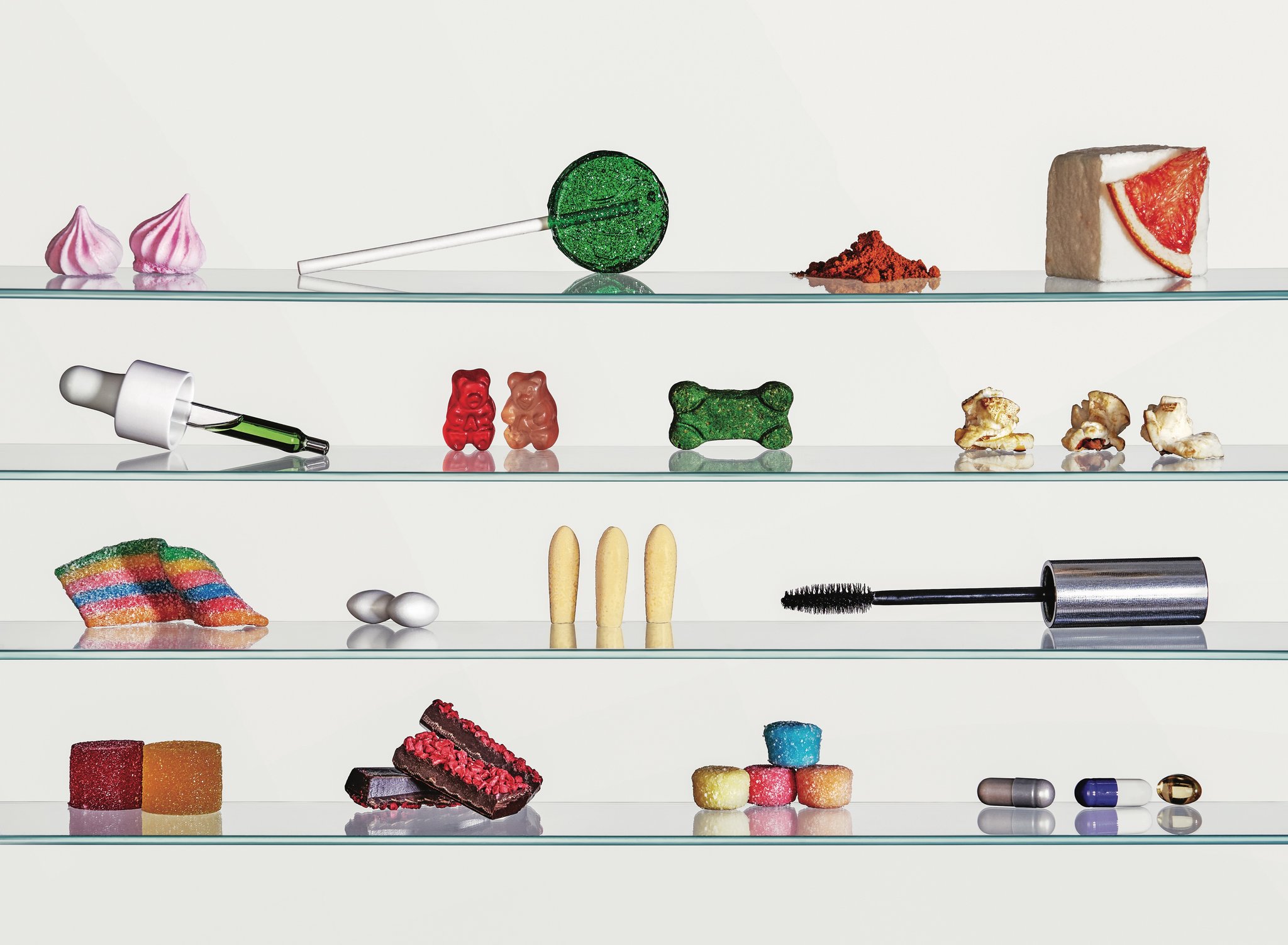 One obvious solution to the uncertainties around legality, quality and safety of CBD products would be to force all CBD into the F.D.A. drug-approval pipeline, making it a prescription drug only. Somewhat surprisingly, Catherine Jacobson does not want that to happen. Her thinking on this issue has evolved, she told me. Early on, she thought all medical cannabis products should go through the F.D.A.’s approval process. But she realized that her primary concern, quality, could be assured without this expensive, time-consuming undertaking. In Germany, for instance, doctors have been able to prescribe cannabis since 2017, and patients get a pharmaceutical-grade product, because a federal agency oversees the medical-marijuana industry.

After meeting David and reading through the small body of published work on CBD, Jacobson changed postdoctoral directions once again, from primary research to the study of this community of parents who were treating their epileptic children with cannabis extracts. In reality, she was preparing to join it herself. One small, double-blind study particularly caught her attention. In 1980, scientists in Brazil treated eight epileptic patients with CBD and eight patients with sugar pills as a placebo. For half the group that received CBD, the seizures almost completely disappeared; another three experienced a reduction in the intensity of their seizures. Only one person in the placebo group got better.

Gupta visited the Figi home, watched old videos of Charlotte seizing, looked at family photos, and saw the Charlotte before him as a playful little girl of 6. At one point, Paige Figi told me, Gupta, who has daughters of his own, requested that the cameras be turned off, and cried.

It’s reasonable to ask why the CBD naturally present in cannabis doesn’t protect recreational users from the negative effects of THC. In older varieties, where the CBD-to-THC ratio was closer to 1-to-1, maybe it did. But today’s strains typically contain about three times as much THC as the cannabis smoked recreationally even as recently as the 1990s, while CBD concentrations have fallen by about half in the same period, according to a recent University of Mississippi study on black-market marijuana. And precisely because the proportions between the two cannabinoids have become so skewed — the ratio of THC to CBD has risen to 80 to 1 from 14 to 1 in two decades — lots of modern cannabis is potentially much more toxic for the brain, says Hurd, who is the director of the Addiction Institute at Mount Sinai.

Mechoulam concluded that our bodies must produce their own cannabinoids — endogenous molecules that, like the native opioids and nicotinelike molecules our bodies also make, engage the cannabinoid receptors throughout the human body. In 1992, he identified the first one. Mechoulam, who is often called the godfather of cannabis research — he was a senior scientist on the Brazilian CBD epilepsy trial that inspired Jacobson — and his colleagues christened it “anandamide,” after the Sanskrit word for “supreme joy.” They suspected that the molecule played a role in the formation of emotions.

Figi and Stanley eventually left Realm of Caring to avoid conflicts of interest. In 2017, the F.D.A. sent a letter to Stanley and Realm of Caring warning them to stop making medical claims about treating specific disorders. (Both say they updated their websites.) Today, Stanley is the chairman of Charlotte’s Web, a company named after Charlotte Figi. Last fall, the business went public in Canada; it projects more than $120 million in sales this year, more than triple its 2017 sales.

Jacobson had a Ph.D. in neuroscience. She had started her postdoctoral research at the University of California, San Francisco, by studying how cancer cells metastasize and spread, but after Ben was born, she moved to Stanford and switched her focus to epilepsy — a shift that compounded her anguish. She often wept in the parking lot before heading into the lab, overwhelmed by dread at the prospect of deliberately causing epilepsy in rodents. “I couldn’t watch animals seize all day and then watch Ben seize all night,” she told me. “It was just too much.”

Ben Jacobson’s condition is more ambiguous. In an effort to stop the seizures, doctors surgically removed half of Ben’s parietal lobe in 2015, but the procedure didn’t mitigate the epilepsy. His doctor, Cilio, didn’t think the Epidiolex was aiding him, either, and recommended he stop taking it. Jacobson, who like many mothers of epileptic children keeps a detailed diary about seizure activity, disagreed. By her count, the number of Ben’s seizures had declined by 40 percent while on Epidiolex, particularly the severe grand mal seizures that caused him to stop breathing.

In early 2013, just a few weeks after Sam Vogelstein returned from Britain, Catherine Jacobson organized a brainstorming session at N.Y.U., which included Geoffrey Guy, epilepsy researchers and a consultant with a D.E.A. background, in order to figure out how to make F.D.A.-sanctioned trials happen. What followed the meeting surpassed Jacobson’s expectations. The F.D.A. first expanded the ability of doctors to prescribe CBD and then fast-tracked the approval process. The neurologists who ran the trials included Orrin Devinsky from N.Y.U., Elizabeth Thiele from Harvard and Eric Marsh from the Children’s Hospital of Philadelphia and the University of Pennsylvania.