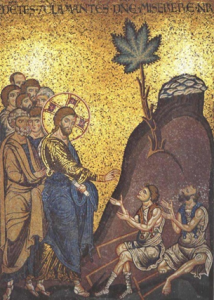 In vitro studies with THC have shown that cannabinoids affect migration, angiogenesis and apoptosis (programmed cell death) of cancer cells, but each type of cancer appears to respond differently to the effect of exogenous cannabinoids. Many types of cancer cells have a higher concentration of CB1 and CB2 receptors.

Medicinal cannabis must be distinguished from recreational cannabis which is used to achieve a psychotomimetic state of ‘high’. Cannabis strains used for recreational purposes contain a higher THC and lower CBD ratio than cannabis for medicinal use. Usually two cannabis plants are used: cannabis sativa which has a higher THC concentration and cannabis indica which has a higher CBD concentrate. The flavonoids are known for their antioxidant and anti-inflammatory effects. The terpenoids are resins (oil) with a strong odour.

Use of cannabis in cancer

– Nausea and vomiting: An initial study in 1975 showed a beneficial effect of THC on nausea induced by chemotherapy. Subsequently, two systematic reviews showed benefits of cannabinoids in nausea and vomiting due to chemotherapy, but most studies were observational or uncontrolled.

These patients include those who have localised prostate cancer where active surveillance is followed, those with biochemical recurrence after treatment, and patients with metastatic PCa. I have always wondered whether cannabis oil could indeed be a cure for prostate cancer. Unfortunately, I do not see in practice the desired beneficial effect and the PSA values continue to rise. To find some answers, I did a search in scientific literature.