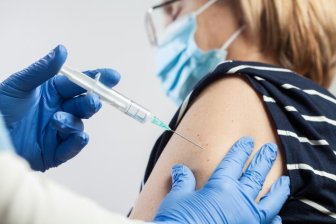 She pointed out that CBD does not cause a high, as THC does, which makes the drug more useful.

The university says that the researchers looked at how the proteins from the genome operated in human kidney cells and healthy control cells, both with and without CBD.

Maria Fernandes, who performed the cell studies, said, “This suggests CBD at the right dose could help cells be in a better state of readiness to respond to a virus, but it doesn’t cause a response unless there is a need.”

The University of Waterloo says that the study, Cannabidiol and the anti-viral response to SARS-CoV-2 proteins, showed that the non-psychoactive compound, which is also found in the cannabis plant, “appears to prime the innate immune system of cells, potentially offering protection against pathogens such as SARS-CoV-2.”

“They do this by activating innate responses inside of cells, which form the first line of defence. In the case of COVID-19, however, this response isn’t very good, which has contributed to high infection rates.”

“This could stop an infection, or slow its spread in the body or to others,” Duncan explained.

She went on to note that in cells that had not been previously exposed to the coronavirus, therapeutic amounts of CBD seemed to increase the cells’ preparedness to respond to viral infections.

The school says its researchers discovered that CBD increases the cell’s response to several key proteins produced by the coronavirus genome. It says the effect had not been discovered prior to the study.

Duncan pointed to a U.S. study to back her own, noting that it showed that epilepsy patients who used a high-dose pharmaceutical CBD had around a 10-fold lower risk of testing positive for COVID-19.

Inhibit of SARS-CoV2/COVID19 transmission: Authors purpose C.sativa extract mouth wash as a preventative treatment to be carried out at home.

HUGE THANKS TO THE FOLLOWING OXFORD STUDENTS AND POST-DOCS WHO HAVE BEEN REVIEWING THESE ARTICLES;

Appropriate statistics: No. Only 2 samples used in the majority of this paper for each group. Therefore, students t-test is likely not possible.