Before the 2018 Farm Bill was passed, the Community-Supported Agriculture (CSA) did not differentiate between marijuana and hemp, according to the U.S. Food & Drug Administration (FDA). ( https://www.fda.gov/news-events/congressional-testimony/hemp-production-and-2018-farm-bill-07252019 ) When the Farm Bill passed in December of 2018, hemp – a type of Cannabis Sativa plant with the THC concentration of .3% or less- became federally legal in the United States. Additionally, the passing of the Farm Bill in 2018 allowed for the understanding of CBD to be federally legal, since it is extracted from hemp and contains .3% or less of THC.

The 2018 Farm Bill officially removed CBD from the Drug Enforcement Administration’s (DEA) definition of cannabis. Prior to this decision, the DEA classified marijuana as a Schedule I substance. While this decision changed the legality of CBD on the federal level, it was left for the state to decide how to legislate CBD law in their jurisdictions.

According to the CBD Awareness Project ( https://www.cbdoil.org/cbd-laws-by-state/ ), in California, marijuana has been legalized for both medical and recreation use ( Senate Bill 420 , 2003, and California Food and Agricultural Code, Division 24 , 2016). In California, hemp-sourced CBD, marijuana-sourced CBD for medical and recreational use are all legal. So, CBD products are legal in California, whether they are sourced from hemp or marijuana. The only exception to be mindful of is the California Department of Health prohibits CBD from being added to food until it has been approved by the Food and Drug Administration (FDA).

What Restrictions Are There for Buying CBD in California?

CBD (Cannabidiol) is part of the Cannabaceae family and contains over eighty biologically active compounds. Of those eighty compounds, the two stars of the show are THC (delta-9-tetrahydrocannabinol) and CBD (cannabidiol). While the two compounds are often discussed interchangeably, they are very different and should be recognized as separate compounds. THC is intoxicating and use comes with a “high” feeling, while CBD is non-intoxicating and will not cause users to feel “high”. Thus leading to the popularity of CBD infused products, as many enjoy the perceived benefits of the addition of CBD in their routine. 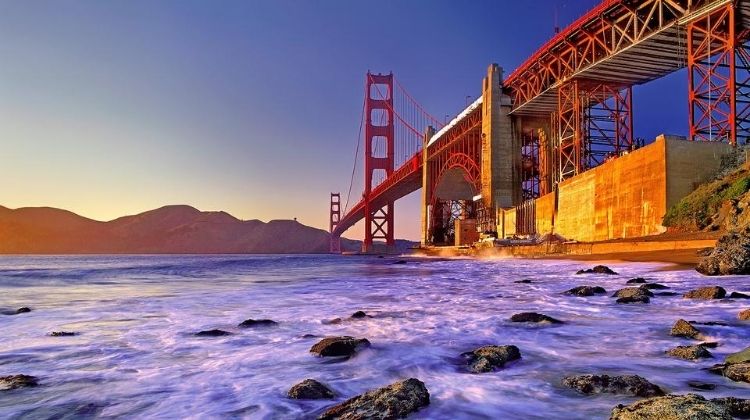 The commissioner later collects the samples once the information is received or approved by the third-party lab for testing. Industrial hemp crops that don’t meet testing requirements are destroyed.

California is known for a lot of things; however, in this context, this Golden State is considered the paradise for marijuana lovers. From Los Angeles to San Diego, the valley, or the coast, there are many places you can find high-quality CBD oil. Basically, California is one of the states where the cannabis industry thrives.

The California Department of Public Health has labeling regulations around CBD products, including information regarding the origin, ingredients, expiration, and amounts of CBD and THC. As per the requirements, the labels should not make unproven health claims, any misleading information, or the products be designed in a way that makes it attractive to children.

Is CBD Oil Legal in California?

The act, SB 566, also known as the California Industrial Hemp Farming Act, authorized the commercial production of industrial hemp in January 2017. Industrial hemp growers are required to register with a county agricultural commissioner before cultivation with an annual registration fee of $900.

Being one of the most liberal states in the United States, it is understandable that it would also be one of the prominent supporters of cannabis legalization. It was the first state to actually legalize medical marijuana when the Compassionate Use Act of 1996 was passed. They also legalized cannabis for recreational purposes 20 years later when the state passed the Adult Use of Marijuana Act.

The state was trying to clarify CBD legality and legalize hemp-derived CBD to be included in beverage, food, and cosmetics products without legal restriction by introducing AB 228 after the 2018 Farm Bill was passed. However, the bill was held. There the state’s laws surrounding CBD oil and hemp-derived CBD products remain consistent with the FDA until the bill is passed and signed by the Governor.

Why You Should Buy CBD Oil California Online?

The state’s definition of CBD remains consistent with the federal definition. The Attorney General’s office issued a letter stating that even though California allows sales and manufacturing of cannabis products, adding industrial hemp to food products is prohibited.

Yes. CBD oil is absolutely legal in California. Even the CBD sourced from female cannabis plants is considered legal in California. In California, the recreational use of marijuana has been legal since January 2018. The new legislation also allows possession, cultivation, sales, and production of cannabis as well as marijuana-infused products.